One of the first unusual features of Ann Arbor that I heard about was the Fairy Doors scattered around the city. I've mentioned them in a couple posts previously - they were one of my favorite parts of the city. I ventured out to see a few of them in my first couple years, but this past Easter Sunday a friend and I walked around to try to find as many as possible. The weather was beautiful and it was a perfect day for wandering up Main Street. We found a bunch of the doors, though there were a few we couldn't reach. (We couldn't see the one inside the Ann Arbor District Library, since it was closed.) Tonight's post is mostly pictures.

Here's the one at the Ark, a music club: 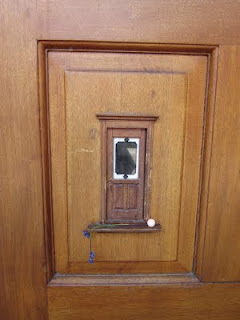 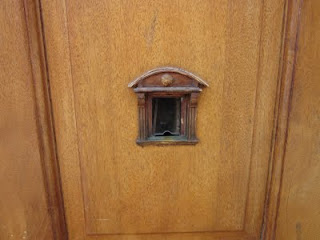 They even have a ticket window! 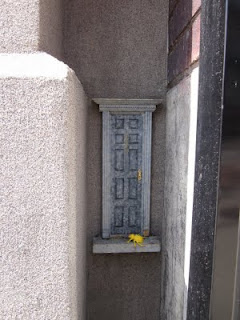 This one is squeezed between two of the storefronts. Watch out for brightly colored bugs! 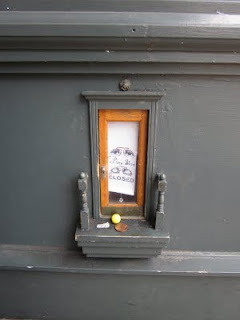 The fairies at Peaceable Kingdom close up shop at the same time as the humans. 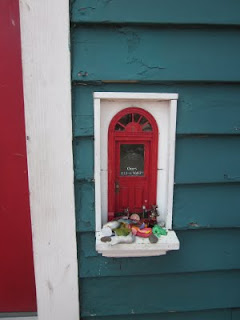 This one is at Red Shoes, a store I wish I'd visited before my last week in town! 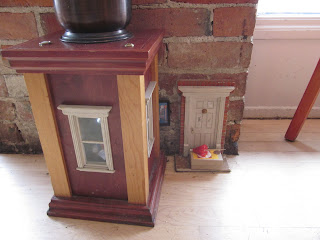 This is the first one I ever saw. It's inside Sweetwater's just off of Main Street.
When I was little, I used to build little rooms out of sticks and bark for the fairies that I hoped lived in my backyard. One summer, I also wrote a book of fairy recipes for a tea party - most of them involved exotic-sounding ingredients or substances I could find in my backyard, like dirt and leaves. Wandering around Ann Arbor and spotting these doors - and the other fairy doors and windows not pictured here - made any given day feel whimsical and allowed me to remember my seven-year-old self's love of fairies. I liked walking around town, being mostly grown up, but still getting to pretend. The fairy doors always made my days feel more magical.

Have you visited the Ann Arbor fairy doors?
Posted by Laura Chanoux at 11:16 PM