I’ve been alerted to the start of school by the crossing guard at my street corner and the waves of tiny children with neon-bright backpacks streaming past my front door. The beginning of the academic year makes me want to branch out from my usual detective fiction set in small British villages. I love spending afternoons curled up on the couch with a book, and to that end, here are a few recommendations to read with a mug of hot cider.: 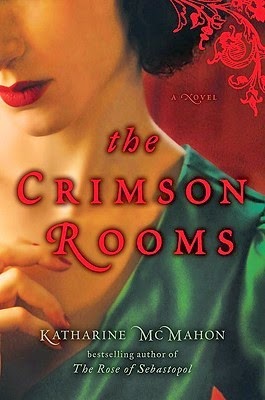 The Crimson Rooms by Katharine McMahon

Set in London in the 1920s, this novel manages to combine mystery, family drama, and history in an effective and evocative story. Meredith and a young boy arrive on Evelyn Gifford’s doorstep one late night, claiming to be her younger brother’s fiancé and son. Evelyn’s brother was killed during WWI, and the young boy’s striking resemblance persuades her to invite them to stay with her family. Meredith's motives for seeking out the Gifford family are unclear, and possibly more damaging than they realize. Meanwhile, Evelyn has recently begun working as one of the few female lawyers in London. Her small firm takes the case of a veteran accused of killing his new wife during a picnic. The story not only gains momentum through the personal and legal mysteries Evelyn confronts, but through its thoughtful exploration of post-war England and the entire country’s sense of loss.