Weekend in the Mitten 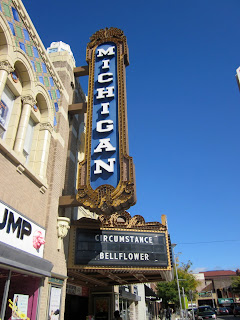 For my birthday weekend, Eric and I flew back to Ann Arbor for the Michigan-Minnesota game.  We both got to see good friends (though sadly, there were some people I didn't get to see!  Forty-eight hours was too fast a trip for me - I'm sorry if you're reading this and I didn't get to say hi!) and go to some favorite places around town.  I got to hit Frita Batidos, and though they weren't serving the Caramel Rum Cream batido anymore, they did get their liquor license.  Eric and I also stopped at Zingerman's, Ashley's, and the Brown Jug, among many other places.  The weather cooperated and it was a gorgeous weekend to walk around and visit parts of campus I'd missed.  The leaves were just starting to change colors on the Diag, and the air was crisp.

After five months away from the city, it felt good to be back, though it took some adjustment to remember that I didn't live there anymore.  One of my old roommates picked us up from the airport (thanks again!) and drove us to where we stayed the first night.  On our way, we passed the turn we'd normally make onto William to take us to our old house on Hamilton.  We both sighed a little - it still felt like home.

Throughout the weekend, I kept thinking I could just call all my friends to come hang out, but I had to stop and remember who was still in town and who had moved away.  There were definite changes around Ann Arbor - Borders is gone, there are some new restaurants, there are different construction projects around campus - but enough was the same that it felt like I hadn't been away for more than a few weeks.  Admittedly, on Sunday afternoon when I wasn't in the library or sitting on a couch reading history books, I started to feel a little strange.  I can't have spent more than ten weekends in Ann Arbor that I didn't have something school-related to do.

It was a little bittersweet to be back for such a short time, but mostly sweet.  My mom attended the University of Illinois, and I grew up listening to her talk about how she feels different when she goes back to visit the campus.  Now I finally understand what she meant.  Being in Ann Arbor feels different than being in Philadelphia or Lexington or France, and not just because it's not a major east coast city/New England suburb/European country.  Ann Arbor will always be a specific home for me.  It was home for four years, where I grew up ridiculous amounts and learned more than I can explain in terms of course credits.

Speaking of growing up, I also got to celebrate turning twenty-three that weekend, which sounds more adult than twenty-two.  It was a great birthday, mostly because I got to spend it with some of my favorite people in one of my favorite cities.  Here's to getting older with people you love! 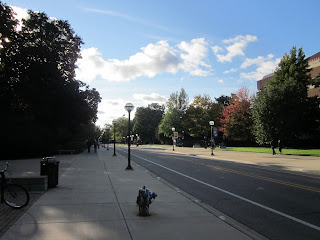 Rather than ending this post with questions,
I'm going to put up a bunch of pictures from around Ann Arbor. 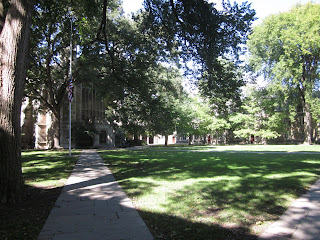 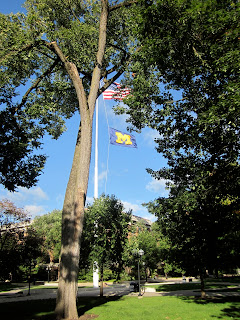 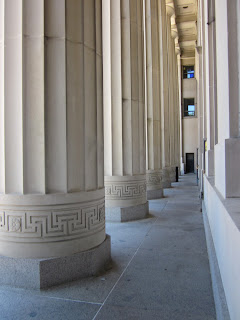 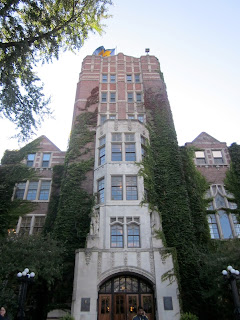