Though we've been in the country for two weeks, I haven't written about Greece yet because I haven't found a way to do so without sounding like I'm bragging.  "Yeah, I saw some really cool monasteries and then hopped a ferry to one of the islands.  No big deal." 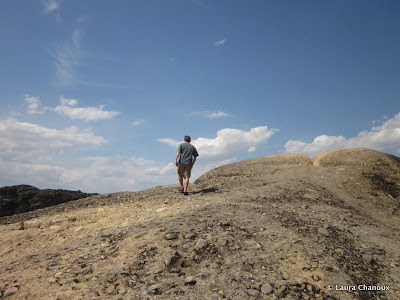 That said, I love being in Greece and want to share what we've been doing.  Here are some photos from the past couple weeks of adventures with limited commentary.

Eric and I took an overnight bus from Istanbul to Thessaloniki before taking the train to Kalambaka.  The mountains and valleys of northern Greece provided beautiful landscapes for my daydreaming as we chugged past.
Kalambaka sits in a valley while mountains loom overhead.  Centuries ago, Eastern Orthodox monks built monasteries in the mountains, living as hermits to protect themselves from persecution. 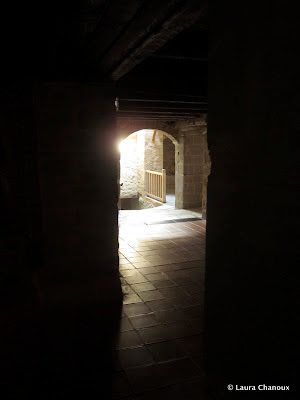 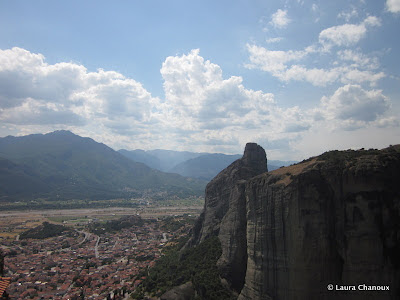 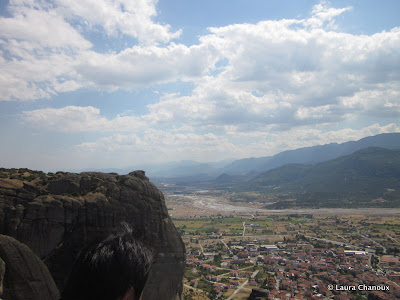 Kalambaka was bigger and busier than either of us expected.  The nightlife was bustling and we found a great outdoor restaurant where we sipped wine and played chess for the evening.  (I am slowly getting better at chess.  Very, very slowly.)

After two short days in Kalambaka, Eric and headed south through Athens to Naousa on Paros.

We've settled onto Paros for the rest of the month of August while we try to plan out what will happen in January.  Searching through job boards is much more pleasant with a good view.  For both of us, this is the definition of "living the dream" - someday I would love to live on a Greek island a few months per year while writing.  Two weeks is a short taste of that dream. 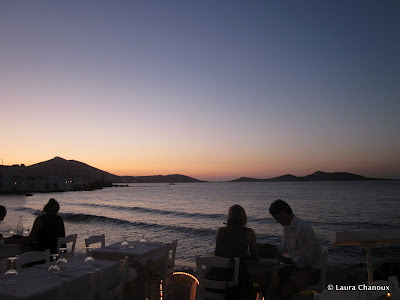 For once, a question not especially related to the post:
got any tips on job hunting?
Posted by Laura Chanoux at 9:43 AM